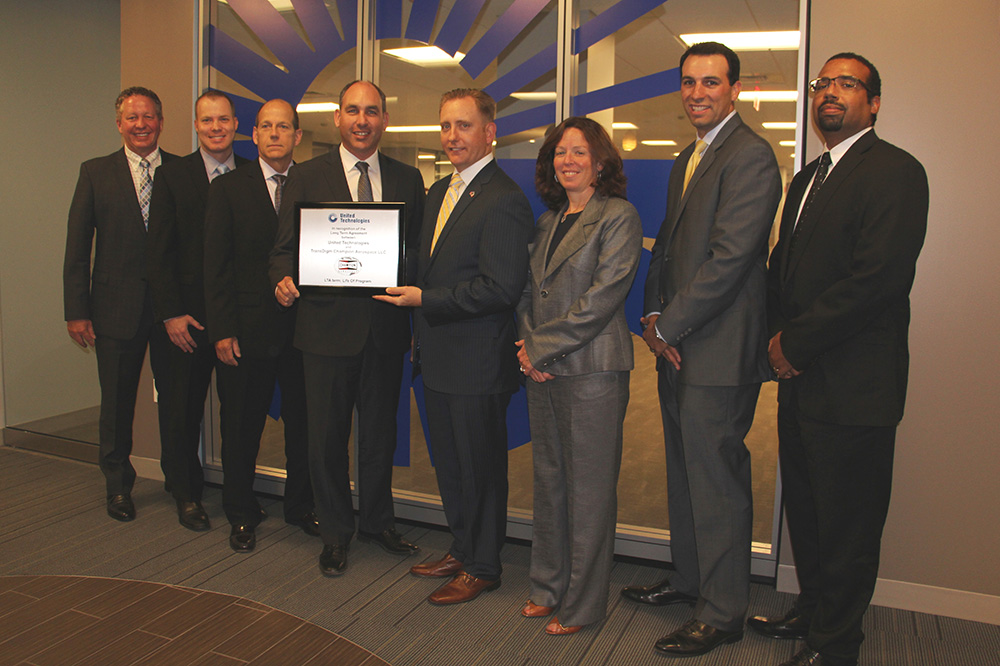 In addition to signing long-term agreements, Champion Aerospace is actively engaged in the UTC Supplier Gold program and has set a goal of achieving Certified Gold status within the next 24 months. Champion Aerospace has also committed to the UTV2 cost-savings initiative and UTC contractual Governance program, which sets high standards for quality and on time delivery.

“We are very pleased to announce these Life of Program agreements with Champion Aerospace and commend them for their commitment to meeting UTC’s high standards for quality and performance while ensuring cost competitiveness,” said Sam Abdelmalek, Vice President, Global Supply Management and Integration, United Technologies. “UTC’s aerospace businesses are well-positioned for growth over the coming years. Suppliers like Champion Aerospace, who commit to our contractual governance standards, meet our demanding performance requirements by committing to Supplier Gold and satisfy our UTV2 cost-savings initiatives, will have the opportunity to share in this growth for years to come.”

Champion Aerospace LLC, a wholly owned subsidiary of TransDigm Group (NYSE:TDG), is a leading global designer, producer and supplier of aircraft ignition system technology and airframe power solutions for use on nearly all commercial, piston and military aircraft in service today. Champion ignition components powered the Wright brothers first powered flight in 1903 and have continued to power the skies ever since.

United Technologies Corp., based in Farmington, Connecticut, provides high-technology systems and services to the building and aerospace industries. To learn more about UTC, visit the website at www.utc.com or follow the company on Twitter: @UTC.